In the ecosystem of all creation (called by Gurdjieff the Trogoautoegocrat), There is an active exchange – a giving and a receiving, a dynamic equilibrium – not only from higher realms to lower but also from lower to higher. There are no closed systems. Everything belongs, everything is in dynamic relationship, and cosmic harmony is sustained by the giving and receiving of energy by all beings. P.D. Ouspensky recounts Gurdjieff’s description of the interdependent relationships of different classes of beings: “Above all, … [i]n nature everything is connected and everything is alive. The diagram of this classification is called the ‘Diagram of Everything Living’ [commonly known as the step-diagram]. 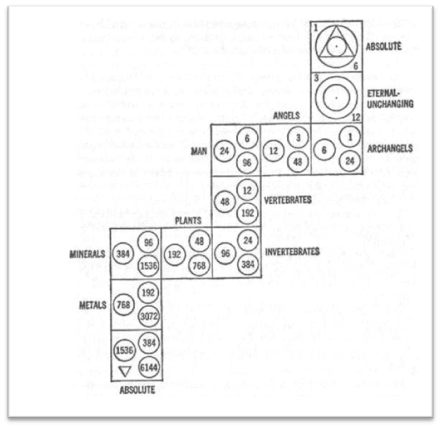 As Work students, we serve as living transformers for the transubstantiation of energy. We give as we receive.